Accent lighting enables you to shape your subject more. One of the most common ways an accent light is added is as a hair light. The first of the two images below was taken using just one main light modified with an umbrella. The second image features a hair light on the left hand side of the model as we look at her. The additional light has created a bit more separation between her hair and the background. When you have a dark background and dark hair a hair light helps to stop the two blending together. It also adds an extra layer of interest to the image. 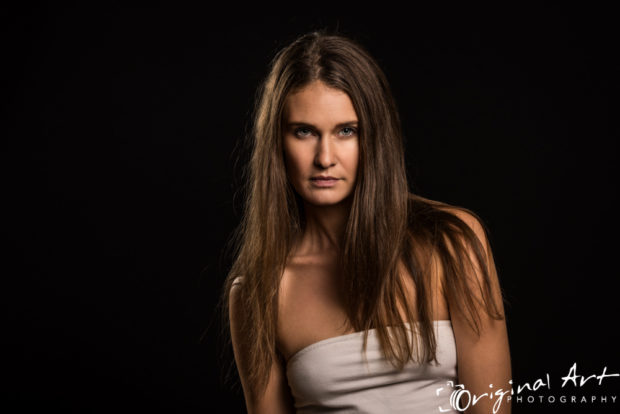 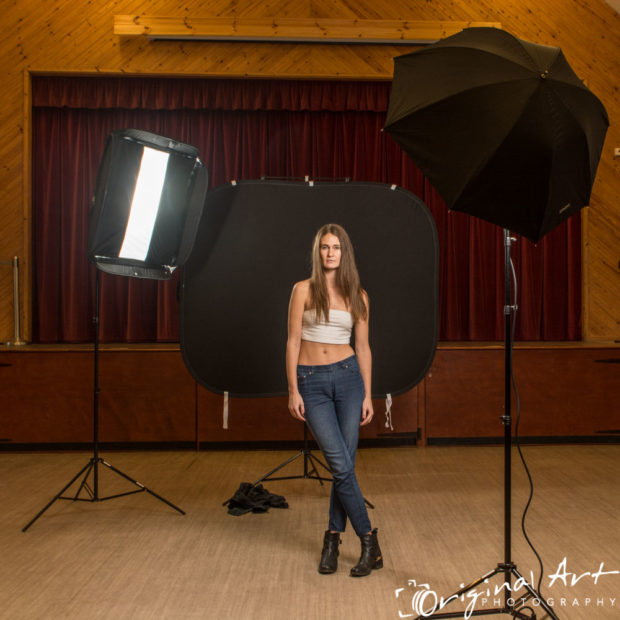 The next image shows the studio lighting set-up used. As you can see, the main light is in the usual key light position. It is at an angle of about 45 degrees from the model and points downwards at an angle of around 45 degrees as well. The large umbrella spreads the light, giving a soft light. The hair light is added with the second light. This is positioned almost opposite the key light. So, it is behind her and angled to aim at her hair and shoulder. I have masked off some of the softbox to narrow the light. You can also add a grid if you want even more precise control over the spread of the light.

As we are using a black backdrop, it is important to stop the accent light from spilling on to the background. Otherwise, we would end up with grey instead of black. An alternative option is to use a gridded stripbox. These are long thin versions of a softbox that are specifically designed to work as rim lights (for the hair and outlining the arms/body).

You could add an extra hair light on the other side of your subject if you wish. Normally, it is a good idea to start by adding your accent light on the opposite side to your key light. This helps the image to feel balanced.

Your accent light needs to be slightly brighter than your key light. It should show up as a slightly brighter strip on your model. But be careful not to go too bright unless you really want a very contrasty look. If you are using a light meter, try metering your accent light at about 1 stop brighter than your key light. If you are not sure how to use one, you might like to view our tutorial on how to use a light meter.

In the next two sample images you can see the effect of accent lighting on a fuller length shot. As before, the first image is done with just the key light with the umbrella. The second features the extra light and gives a rim lighting effect down the left hand side of the model as we look at her. I also allowed some light to spill onto the backdrop. In the third image below you can see sunlight being used as a rim light. 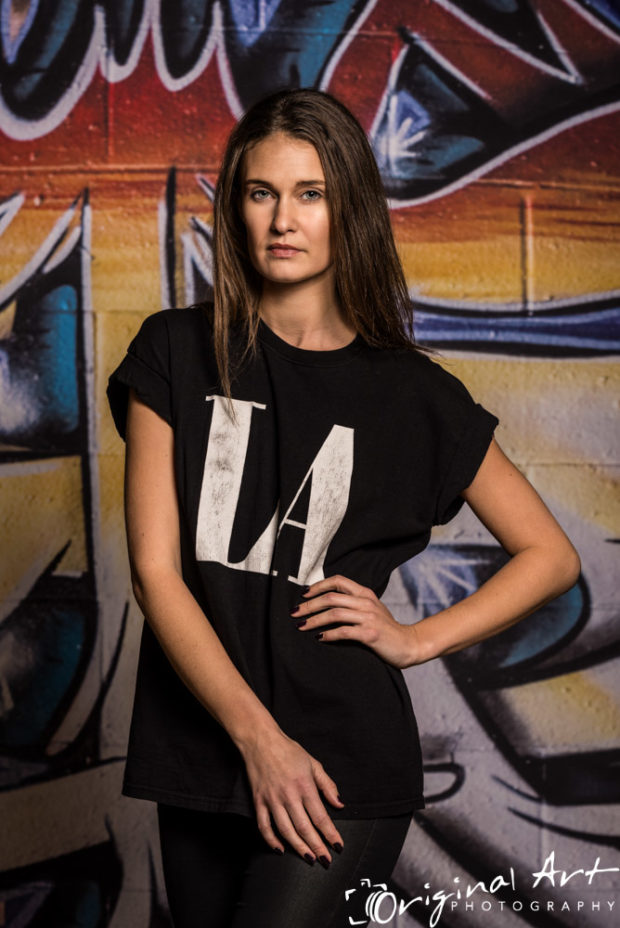 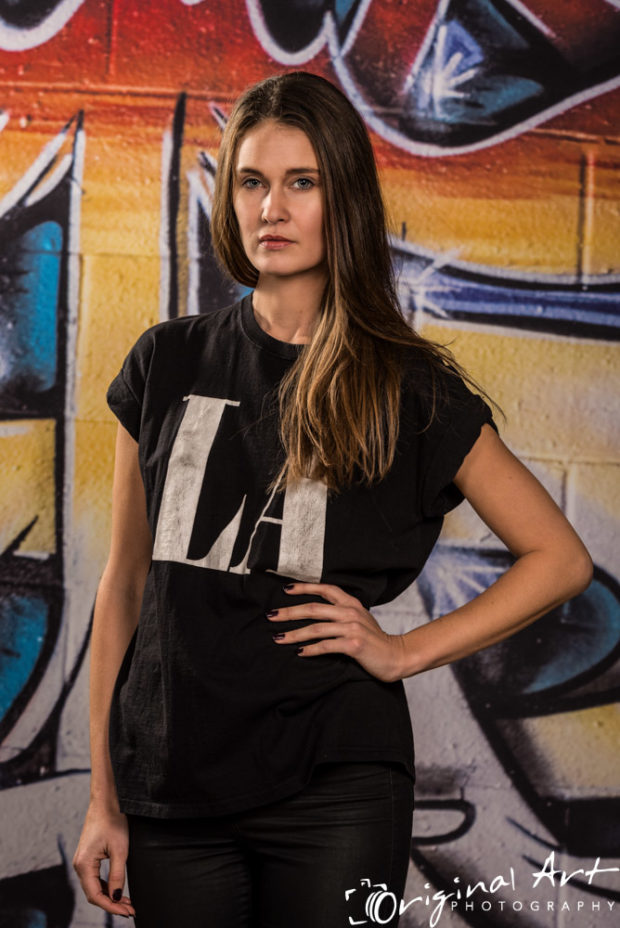 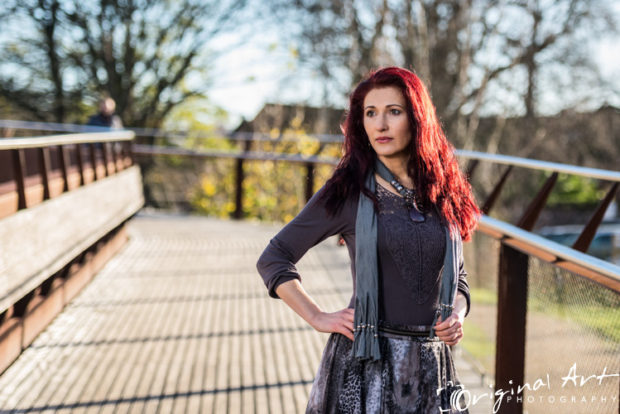 Although it is easier to set up in a studio, you can use accent lighting outdoors on location as well. You can use an existing light source such as the sun to provide the hair light or add your own. Do give this a go and add it to your toolbox of ideas if you don’t already use it.