Christmas Portraits have that festive sparkle about them. All you need is some Christmas lights to get started. You can use outdoor lights, such as those hanging in displays in cities and towns. For example, these two were taken in Norwich. One is in front of Jarrolds, the other is outside John Lewis. Both have a festive fashion feel to them because of the lights in the background. 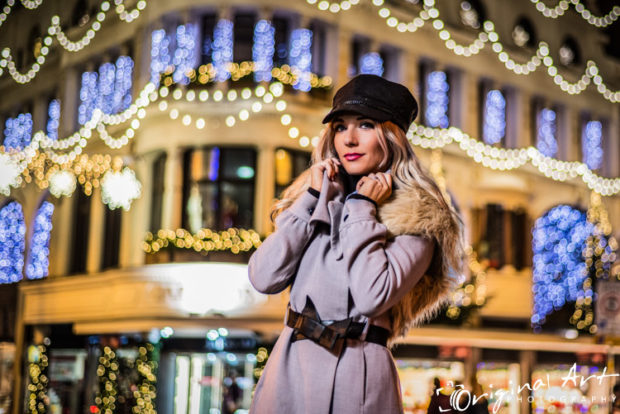 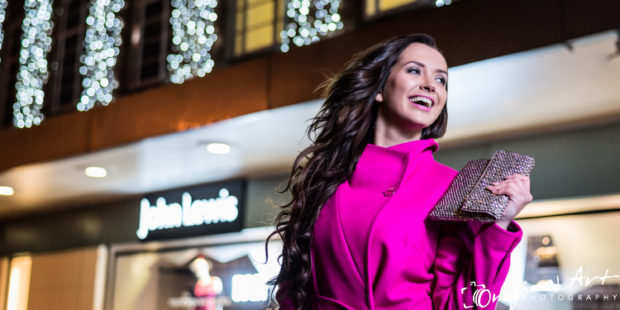 To get the lights to appear as circles of light rather than seeing the lights themselves they need to be blurred slightly using a shallow depth of field. This means using a wide aperture. Most of the images on this page were taken using a 50mm f/1.8 lens on a DSLR. The wide aperture blurs lights that are in the background or foreground, making them seem like circles of light. This makes them sparkle and looks better than if you can see the actual bulbs. It is a lovely effect to try indoors with your own Christmas decorations as well. The next image was taken with the Christmas tree lights on in the background behind the young girl. The blur also helps to remove distractions behind her and I’ve converted it to black and white to simplify things further and draw attention to just her face and the sparkling lights. 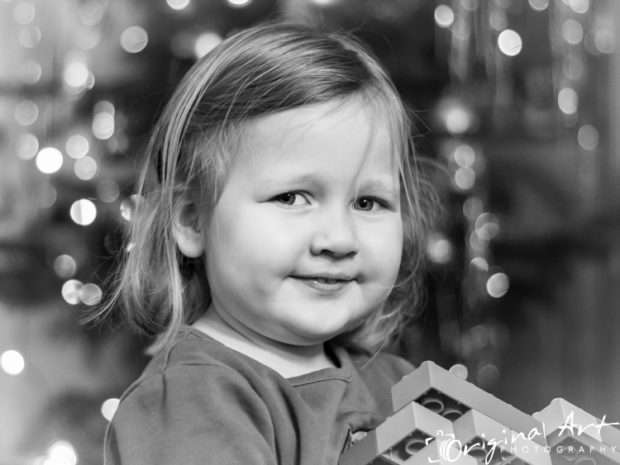 To get more blur, have your lens closer to your subject and your subject further from the background. If they are too close together then you will not get much blur and so the circles of light will be very small. You can also create Christmas portraits with a twist by shooting through the lights. The image of the harpist below was taken from behind a Christmas tree. The lights were right up close to the lens and she was a few metres away behind the tree. By focussing on her the foreground has blurred. You can also see the green haze of the tree branches near me. The circles of light are large and their different colours have also shown up nicely. This was taken using a longer lens at f/2.8. If you don’t have a very fast lens (one with a wide aperture) then this is an alternative method that might work better for you. Just make sure that your camera focuses on the person and not the lights! When working behind a tree, make sure your flash is switched off or your camera may try to light up the tree, which can spoil the effect. 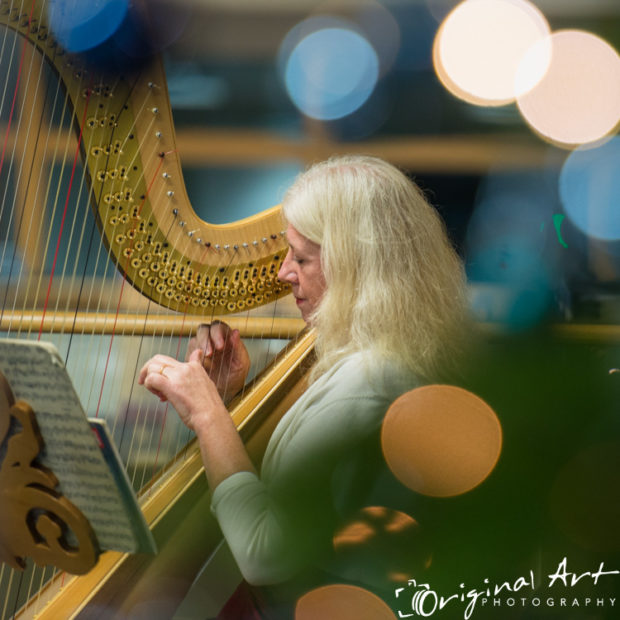 So, to add a bit of sparkle and festive magic to your Christmas portraits of friends and family, simply look for the lights. Then, either go behind them and shoot through, or get your subject in front of them and use them as a background. Have fun!