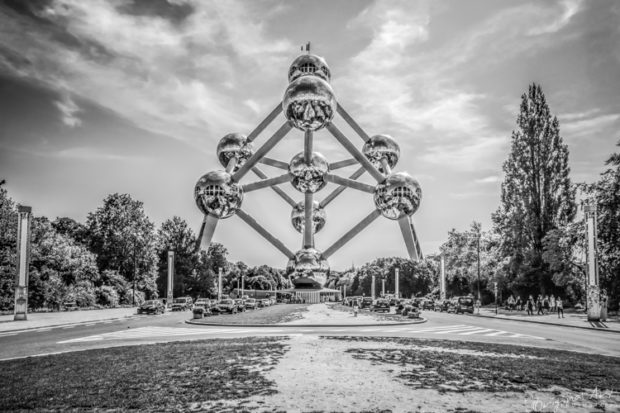 The Atomium in Brussels is an iconic landmark that attracts many visitors. It also makes an interesting subject for photographers. I have only visited it once with limited time available, so have yet to explore some possibilities such as views from the high up pods. The immediate appeal for me was to make the most of the strong lines and shapes. So, I decided to go for more abstract images. To enable the shapes and lines to stand out more I decided to go for a monochrome conversion. Black and white can help remove distracting colours and simplify an image. 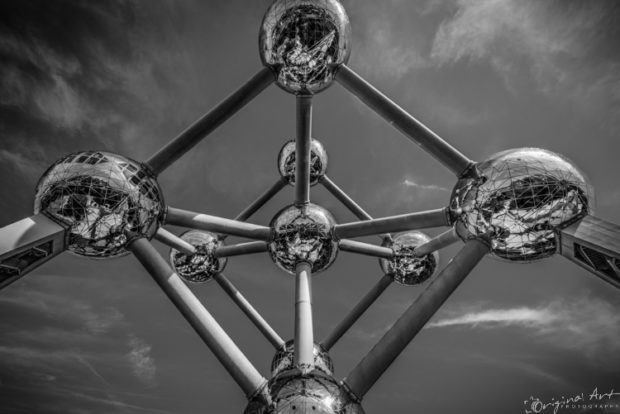 The difficulty I found when composing images was getting all the lines where I wanted them. It isn’t easy to get totally symmetrical compositions. You might think you’re about right but when you see the image on a big screen it is often just off! Ideally, if you want to take this approach it would be best to work with a tripod and take your time. I wasn’t able to on this occasion, but I’m still happy with the images. In fact, I even won an award for one of them – see this in my award-winning images gallery. 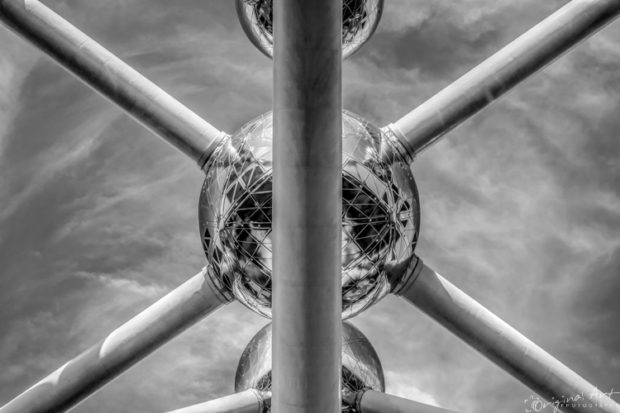 We stayed in the centre of Brussels and took the tram out to the Atomium. There were a few interesting photo opportunities using the trams too. The image below was taken after checking the tram wasn’t going anywhere for a while! Do bear your safety in mind around vehicles. 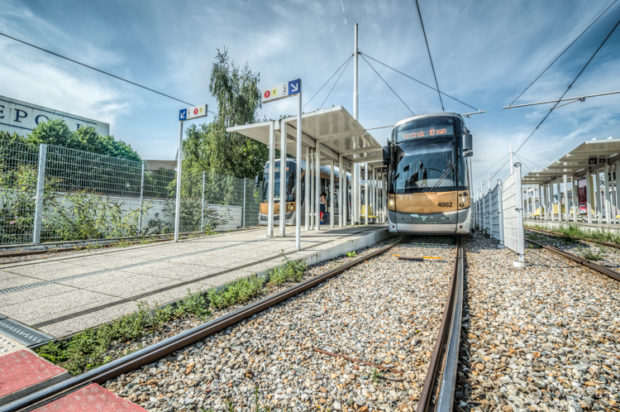 I found the area around the Brussels Atomium a little bleak. But I think that was partly as it is so open to allow for plenty of visitor traffic. The Atomium itself was of most interest to me. Long exposures might work well with the right type of cloud. But, I didnt’ have the time or gear with me to try it out. If I were to visit the Brussels Atomium again I would spend more time focussing on smaller areas. It is impressive as a whole, but the structure also has details worth exploring. There was bright sunshine at the time, which actually helped in some ways. The architectural details benefit from a good amount of contrast, in my opinion.